I bought the book “South Carolina Memorials: Abstracts of Land Titles. Volume 1. 1774-1776” I found a memorial for James Doharty, in 15 September 1774 on the waters of Bush River and Duncan’s Creek. His land was bounded by John Donaldson and Michael Dickson.On 14 February 1775, there was a memorial for Henry Britton on the waters of Bush’s River and Duncan’s Creek. His land was bound by Thomas Donaldson and Michael Dickson.

I am certain John Donaldson and Thomas Donaldson are related but I don’t know what the relationship is. They could be father-son or brothers. The common factor in both memorials is the neighbor Michael Dickson.

Michael Dickson (1731-1825) immigrated from Down County, Ireland,  with his father John Dickson to Pennsylvania. In 1744, father bought land in New Hanover Co, NC and Michael stayed there until he reached adulthood. I was always told that Thomas Donaldson was from New Hanover County, NC, but I haven’t found actual proof yet. Michael Dickson and his wife, Sarah moved to Pendleton District about the same time Thomas Donaldson moved Abbeville. Micheal died in 1825 in Pendleton, present day Anderson County. (Michael Dickson information from article written by Reavis Dixon). 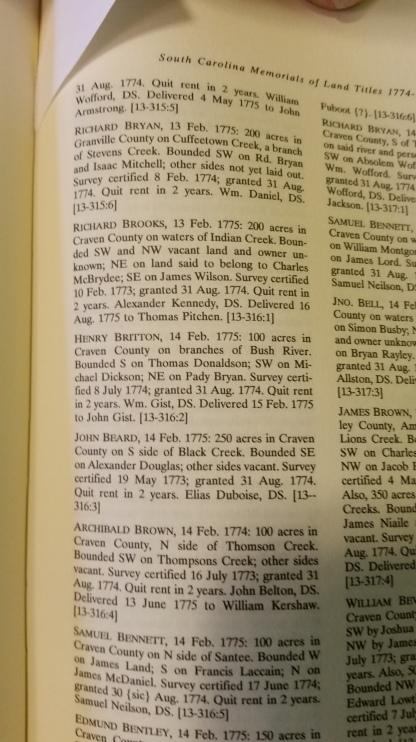 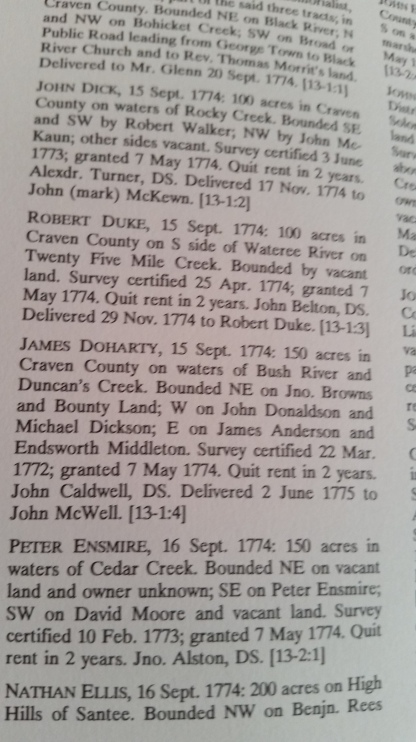 Many people who traveled down the Great Wagon Road from Pennsylvania, through Mecklenburg Co, NC; Chester Co, SC ended up in Laurens Co, Abbeville Co and Pendleton County (present day Anderson)  in the 1790’s. Families traveled together because there was safety in numbers if they encountered hardships or random Indian attacks.

I need to do more research on John Donaldson and see how I can tie him to Thomas Donaldson. He may be the break through the brickwall I am looking for!

I have been a avid history buff since age 10. I graduated from the College of Charleston with a B.A. in US History. I have been researching my family for 12 years. I specialize in South Carolina history and research. I do freelance genealogy work centered around South Carolina between 1750- 1880. If you have ancestors in South Carolina between 1750-1880 that you would like me to locate, please contact me. Disclaimer.....My research is based on actual evidence which I may or may not post. Any photographs or documentation that I use is my intellectual property unless otherwise noted and may not be used or borrowed without my expressed written consent. View all posts by samanthanifong